Home GUEST CORNER How to fight counterfeiting in Asia?

How to fight counterfeiting in Asia? 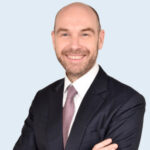 This article is written by: James Treanor

James Treanor is an Intellectual Property expert, a graduate of the University of California. Founder of Brealant an IP Firm in the Philippines. Brealant is an accomplished IP services firm that focuses on intellectual property, with expertise in trademark and patent registration. The services they offer since founding in 2002 have helped companies and individuals with the registration and management of all aspects of Intellectual Property. Brealant team is situated in various locations around the world, such as in the USA, Hong Kong, the Philippines, & Mexico. Philippine’s branch provides English language customer support as well as back-office operations support. Hong Kong & Mexico offices provide Chinese and Spanish language legal services and support. USA office provides IP leadership.

Economic ties with Asian countries like China have grown in importance as Japanese corporations have increased their commerce in Asia in recent years. Damage from counterfeit is spreading globally. One of the factors is the huge production of low-cost counterfeits, particularly in China, and their international exportation.

It is also true that such a global flood of counterfeits and pirated copies not only infringes on Japanese corporations’ IP rights but also causes enormous financial harm to these companies.

In these circumstances, Japanese enterprises must implement anti-counterfeiting measures both on the worldwide market and at the home border.

What are counterfeit goods?

Determining counterfeit items is not an easy task. They could be broadly defined as “illegal items infringing on legitimate commodities lawfully protected by Industrial Property Law and Copyright Law.” However, it is not always fair to refer to all alleged “intellectual property infringing goods” as counterfeit goods. Particularly when it is infringing patents, this can lead to a patent infringement lawsuit with another company in the middle of competitive technical development. 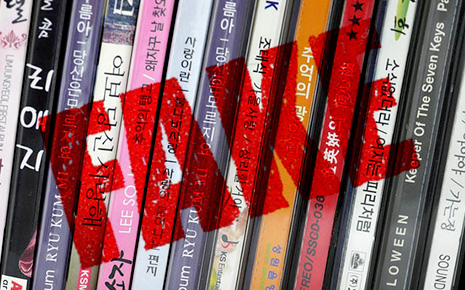 As a result, it is easier to understand what counterfeit goods are when they are defined as “free-riding” goods that are produced with no investment and infringe on other people’s industrial property rights such as Trademark, Design, Patent, and Copyrights (goods infringing Copyrights are commonly referred to as “pirated copies”) such as music, motion pictures, and computer software.

When counterfeit goods are created and distributed globally by criminals who are well aware that they are infringing on the rights of others, it is a major concern. Furthermore, when it is handled by a corporation tied to organized crime, the problem becomes even more serious, making it impossible for ordinary businesses to handle on their own.

In terms of vocabulary, alternative phrases that characterize those other than counterfeits include “pirated copies,” which refer to items that infringe copyrights, as previously indicated, as well as “copied goods” or “imitation goods.”

It is not acceptable to make illicit items by copying other people’s intellectual creations or stealing their reputation or credibility, regardless of how it is described.

How to prevent counterfeiting in Asia?

Counterfeiting is a problem that cannot be solved with a single solution. It will be impossible to remedy this problem without widespread public awareness of intellectual property rights, as well as government and corporate (rightsholders) efforts.

However, the effectiveness of an awareness campaign has a limit. Criminal counterfeiting can be divided into two categories:

For crimes involving a lack of understanding, an awareness campaign will be successful, but it will not deter people who are deliberately committing counterfeiting offenses. For those who are wilful offenders, law enforcement authorities such as Customs and the police must adopt a proactive approach to counterfeiting issues, as well as system enhancements such as stronger penalties for intellectual property infringement cases.

It is vital to demonstrate to the counterfeiters that counterfeiting will never pay off. Strengthening enforcement is also a good way to educate the public about the fact that infringing on intellectual property rights is a crime.

The Promotion Program on the Creation, Protection, and Exploitation of Intellectual Property was established as a concrete measure, as were amendments to the rules governing counterfeit objects and pirated copies.

In 2005, both the Unfair Competition Prevention Law and the Customs Tariff Law, which had been modified annually since 2003, underwent significant changes.

The most successful technique for preventing unlawful reproduction of a company’s registered trademarks, drawings, and patents is to secure the IP rights as soon as feasible by applying in the target country. According to the Beijing JETRO many Japanese firms previously struggled to combat counterfeits simply because they could not acquire IP rights in the country.

It is also vital to keep counterfeiting under control and, once discovered, to eliminate it legally.

The counterfeit problem appears to be a never-ending game. Right holders must constantly monitor the market to assert their rights as soon as illegal counterfeits are identified. It is also vital to educate consumers on the fact that purchasing an imitation is a criminal offense.

Here are some things to think about when it comes to counterfeiting.

1. Product value of counterfeits
Because of difficult distribution system issues, many legitimate products, such as imported brand name videos, are often pricey. As a result, people are more likely to purchase a less priced copycat version with comparable quality and appearance. However, in many situations, the imitation is of poor quality, if not defective, and there is no aftercare provided.

2. Technical issues with a foreign country, including technology transfer

Developing countries want to be the owners of advanced industrial technology and profit from them. However, it is difficult to provide economic cooperation in terms of intellectual property, such as technical cooperation, transfer, and investment, when the judicial system and its enforcement in the region or domain of technology is insufficient.

If they are able to develop their own business and industry by obtaining intellectual property rights of their own, the manufacturer does not have to commit counterfeiting, thus reducing imitations as a result.

4. Importance of Intellectual Property protection
Patent, design, and copyright protection are required to provide an incentive to generate inventions as well as some guarantee to cover the expensive cost of R&D. For example, just as a farmer needs property such as land, an industrial corporation requires the intellectual property to assure its outcomes, and the need to protect one’s work is especially crucial for the creator of an original work.

Counterfeit issues are spreading across borders. It is not a problem that a single country can solve or prevent on its own.

In addition to international cooperation, the following points are crucial in eradicating such illegal acts.

How to defend your products from counterfeit if you sell on Amazon, Facebook, Alibaba …

Trademark protection: the surveillance service for the protection of your brand

Find out why Mario decided to register his trademark