Home FURTHER CONSIDERATIONS ON TRADEMARKS CASE LAW AND TRADEMARK Is it possible to register a descriptive dialectal expression as a trademark?

Is it possible to register a descriptive dialectal expression as a trademark?

by Redazione / Wednesday, 03 June 2020 / Published in CASE LAW AND TRADEMARK, THE TRADEMARK

As you know, Italy is a land of dialectal expressions, and often we would like that they become a sign of recognition for our business, but it is useful to ask: a dialectical expression can become a registered trademark?

We know that a trademark cannot be made up exclusively of generic product or service names or descriptive indications that refer to them, nor by terms of common use, so we already have many useful elements to answer the question: but let’s see what judges said about this point.

Certainly we cannot register as trademarks dialectal names identifying a product or service (Court of Bologna n. 2602 of 16 September 2011).

The rule of impossibility to register as a trademark is valid only for those dialectal expressions that are known everywhere (and therefore well beyond the territory in which they were born) or also concerns those typical local expressions well known within a restricted community but incomprehensible to the rest of Italy ?

The Court of Appeal of Florence (n. 175 of 7 January 2016) resolves this doubt, clarifying that

“For the purposes of the trademark, it does not matter that the word is almost unknown at national level, as it is dialectal, or it is on the contrary too erudite, since it still remains in common use in the environment in which the parties move and therefore it cannot sufficiently distinguish the object by the multiple similar situations existing in that particular context “.

“the dialectal term, perceived in the environment of the average consumer of a certain product as the exclusive term to identify that product, cannot be protected as a trademark, even if unknown at a national level, because it is not considered, in that environment, as a distinctive of a specific manufacturing company, but as the common term for identifying a product (for which the protection as a trademark would prevent the other producers from identify their products with the identification term commonly used in their environment)”.

These judgments demonstrate, once again, that the rules which must guide you in creating a brand are always the same, that is, the use of the greatest possible creativity to create a word or a sign that differs as much as possible from the existing and the use of a word that is not descriptive of the product or service identified by the brand.

Not registrable trademark because contrary to accepted principles of morality? it dependes

Judgment of affinity between products

Limitations of the Right on the Trademark 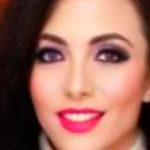